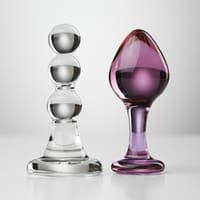 Aesthetics is very important for most women and also many men. Changes to our external appearance such as hairstyle, makeup or clothing can be achieved without problems. But when it comes to physical characteristics, things are a little different. Many men have a bottle shaped glans, which is considered aesthetically pleasing. For those men not so naturally favored, cosmetic surgery is generally the only option. So one may think, but there are also methods by which an operation can be avoided.

When should I have a glans enlargement

Many men who carry out a penis enlargement using a so-called penis extender notice that their penis becomes longer. However, this also means that the proportions of the penis are changed, as most penis extenders are placed behind the glans and none of the extenders available on the market have a vacuum, which is necessary for thickening. Thus, while the penis is stretched, the glans itself remains the same, neither increasing in length or volume. This can be remedied by a relatively new surgical method, in which the penis is lined with autologous fat.

How does the glans thickening procedure work and what are the risks?

In this method, two small incisions are made to the left and right of the glans, which is then relined with autologous fat that has been removed from the groin of the patient. This is placed under the skin in the form of a sleeve. Since the relining is carried out in the deeper layers of the skin, the sensitivity of the glans remains largely the same. The reason for this is that the nerves connected to the glans are located directly below the top layer of skin.
Although it is a fairly simple operation, there are, as with any surgical procedure, certain risks. Feelings of pressure and a slight pain during healing are among the most common side effects. Post-operative infections are less common. A loss of feeling in the glans or even complete impotence, is even less of a concern.

Hyaluronic acid has been used in cosmetic surgery for some time. Again, the glans is lined with extra tissue. The difference is that with hyaluronic acid, a molecule that is also part of the connective tissue is used. It is introduced under local anesthesia using syringes. A non-surgical option is glans thickening using the vitallusPLUS® vacuum Penisextender. The vacuum method stimulates growth both in terms of length and thickness. In this way, the glans is both enlarged and thickened.

The vitallusPLUS® vacuum penis extender is also a needleless way to thicken the glans. The vacuum method stimulates growth both in terms of length and thickness.