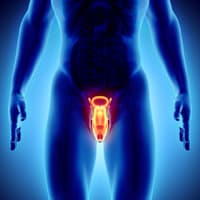 Not only older men suffer from impotence (erectile dysfunction)

There are many reasons for impotence but in many cases, it can be treated with therapy.  Not only older men suffer from impotence (erectile dysfunction). Younger men who are under pressure to succeed, experience fears and private or professional stress are also affected.

Impotence as a side effect of various diseases

In older men, a variety of physical disorders can have erectile dysfunction as a side effect. Vessel damage or vasoconstriction as can be identified in diabetes mellitus or cardiovascular disease (atherosclerosis) can trigger an incipient erectile dysfunction, thanks to the drugs that are prescribed therapeutically against various diseases by the treating physicians. The combination of mental and physical ailments is so complex that an erection is possible for many men. So that   impotence  does not develop into a life crisis, it is worth it to visit a urologist or andrologist. By creating a detailed medical history coupled with a physical examination of the testicular and prostate areas, it can be determined what is leading to a case of erectile dysfunction. On the medical side, blood flow to the penis can be tested with a spray test, where the degree of rigidity and therefore blood circulation can be determined in the corpora cavernosa.

The following therapeutic options are available for a case of impotence:

– By using SKAT, a cavernous injection that the affected men can administer themselves when sexual intercourse is desired, the vessels in the corpora cavernosa become dilated, making an erection possible.

– A surgical removal of the corpora cavernosa, which is then replaced after removal by a three piece penile prosthesis and which makes sexual intercourse possible up to 10 years. Thereafter, the prosthesis must be exchanged.

– Mental relaxation can help make an erection possible and can enable the sexual act to be performed. If a man manages to have sexual intercourse several times in a row as usual, then personal self-confidence rises and the fear of failure decreases with it. In these cases, the problem of erectile dysfunction (mostly for young men) goes away on its own.

– With vitallusPLUS, not only can erectile function be improved, but a penis shrinkage  can be prevented as well. The vitallusPLUS is available over the counter and can be used independently by men with erectile dysfunction. Before going to sleep, a flexible vacuum is placed over the penis, which causes an erection with gentle pressure and dilates the vessels in the corpus cavernosum.

How a case of erectile dysfunction can be treated

With regular use, one will form new tissue and penis enlargement occurs. Due to increased blood flow that is generated by the vitallusPlus during the application, the erectile tissue in the penis stretches again as usual after some time. If pleasure is felt, the desired erection develops.

This significant improvement in erectile function also increases self-confidence. In particular, as a side effect of the therapeutic treatment with the vitallusPLUS, permanent, visible penis enlargement occurs. This treatment option of for erectile dysfunction is suitable for men who would prefer to reject support by chemical (drug) means or surgical procedures, but don’t wish to live without being able to get an erection.

With the vitallusPLUS®, men not only can extend their penis length permanently, but also increase their penis circumference.